When I was told that Attigny was a remote village I never imagined it would be THIS isolated from anywhere! After all, my village in England has 200 inhabitants, one bus every hour, and is a 20 minute walk to the nearest village. However, Attigny is on another level: there is one bus every week, and it is a 20 minute DRIVE from the nearest (useful) village. Of course it would be fine if we had a car; a car that we were told we would have access to… however, being British, adapting to driving on the right hand side of the road will take some getting used to. After my practice drive where, I admit, I ventured to the left side more than a few times, the directive decided I am too much of a risk. The other volunteer, Edith, passed her test the day before she arrived in France, so she must practice with the driving school. This is an option for me, but quite frankly I’m too stubborn and too proud to return to driving school after a year of having my own car in England. So each week goes as follows: we leave work on a Friday excited for the weekend, Saturday arrives and we realise we have nothing to do, then Monday comes about and we are asked “What did you do at the weekend?” and our reply is always the same rhetorical question “What is there to do in Attigny?” However, when the weekend of my birthday arrived, we were determined not to spend it in Attigny. We organised for a lift to Rethel train station, and booked tickets to Reims. The morning of Saturday 30th September was here: my birthday. We woke up at 7am; we had champagne and croissants for breakfast and we sat awaiting our lift, due at 7.30am. However, 7.30am came and passed and there was no word from our lift. Our train was due at 8am. We rang and she answered with the groggy voice of somebody who’d just been woken from a deep sleep: she’d forgotten. She arrived at 7.45am, but of course you will remember that the closest village is 20 minutes away, and this village was our destination. We arrived, and of course had missed our train – a great start to the celebrations. We bought tickets for the next train, and skipped – yes SKIPPED – to the platform. To say we were excited is an understatement. We were like two crazy people escaping from a madhouse! We arrived in Reims, and you will not guess the first place that we visited: H&M. We have come to a new city full of tourist attractions and we choose to visit the most mundane shop in existence. But when you live in a remote village it is these little normal things that you miss the most. The rest of the day was spent visiting Reims Cathedral, the Palais du Tau, and visiting endless amounts of souvenir shops drooling over Champagne, macarons and the famous Biscuit rose de Reims. For lunch, we scoured the streets of Reims, and I was immediately attracted to the beautiful golden arches glinting in the sunshine. It had been over one month since my last McDonalds, and I was craving the crispy batter of a chicken nugget; the burst of flavour from a Big Mac; the saltiness of the fries; the creaminess of the milkshakes. I was quite literally dragged away! And boy am I glad I was, because instead we settled into a diner style restaurant with traditional French food. We indulged in succulent Pork with a cheese sauce and a beautifully rich tarte au chocolat complimented by a crème anglaise. Drooool. The entire day was a lovely break from the small town of Attigny, however it made me appreciate how fortunate I am to be in such a remote area. In Reims, English is a common second language, however in Attigny French is obligatory. There was one shop which we entered in Reims, and Edith (who is German) and I were speaking to each other in English. I went to pay first and the cashier greeted me in English, to which I responded in French but he continued in English with me. When Edith went to pay he greeted her with “Bonjour Madame” and they conversed in French. For many European volunteers Reims would be a wonderful place to live, however for an English person you would always have the comfortable option to speak English, and therefore would hinder your advancement in French. I started my year in France struggling to construct a sentence in any tense other than present, and needing people to speak to me at snail speed. However one month later I am capable to use other tenses, and engage in conversation comfortably (although I may not understand everything said.) 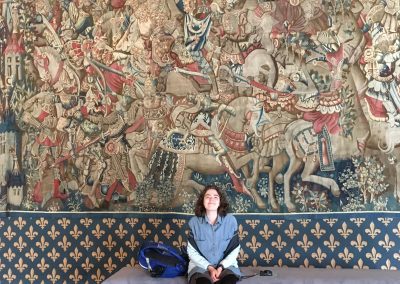 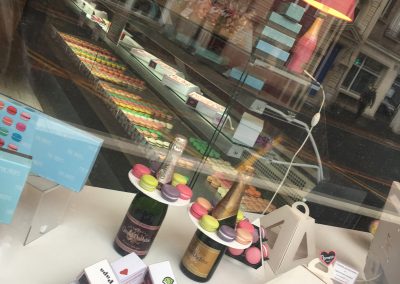 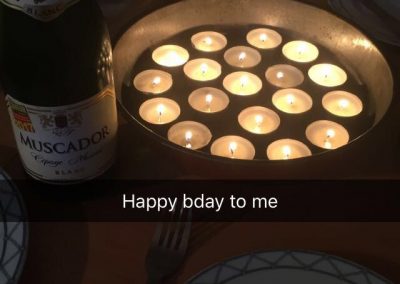 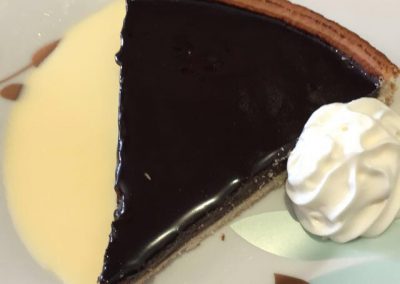 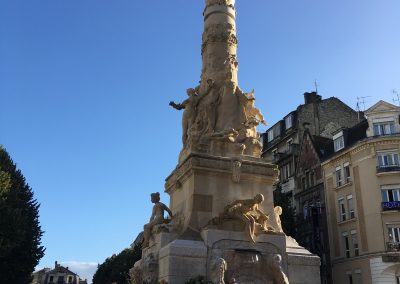