The trip began when we (EuroPeers from across the UK) convened in Stansted airport. For most of us, it was a mini-reunion as we had previously met each other irl at various points, on various projects, and in various countries.

After travelling for a fair amount of time, experiencing the entire spectrum of transport methods, and without even opening my ‘holiday reading book’, we arrived at our hotel in Strasbourg. Strasbourg is home to European Parliament and after a kebab and some rest, it is the place where we were to attend the European Youth Event 2018.

My first impression of European Parliament was that it is an impressive building. It had a slight Selfridges-in-Birmingham kind of vibe, mainly in that it was shiny, rounded, and big. The space was packed with 8000 young people from all across Europe – the people were the event.

Ongoing throughout the day were activities centred around worldly issues which all contributed to an overarching discussion that looked towards the future of Europe. I participated in the discussion by the European Youth Forum titled “Tolerance is not enough: break the norm”. It was a worthwhile talk that outlined the importance of shifting conversations surrounding identity from points of difference to questioning the norms themselves.

I also participated in the EuroPeers workshop titled “Post-Brexit: Is there a Future for Erasmus Plus?”. There was a shared belief that international learning and experiences have become increasingly significant in the current climate. I feel like this workshop revealed that youth has many voices and brings many different lived experiences (important to note: in this room, many of which had benefited from Erasmus+ or similar programmes), from these intersections and through engaging together in the same space, creative and progressive ideas for the future of Erasmus+ proved to emerge. If listened to, the outcomes of the workshop could offer great contributions to future negotiations about Erasmus+.

In addition to activities around worldly issues and social change, there was also talk over (reportedly weak) beer, people on stilts, and stages with smoke machines. EYE was a celebration of being together and I felt very grateful to take part. Despite Brexit looming, I found the overall experience left me both cautiously optimistic yet attentive towards the future of Europe. Furthermore, spending time amongst a network of people from across the globe was very affirming to the European aspect of my identity. 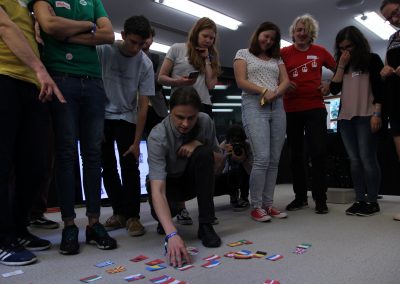 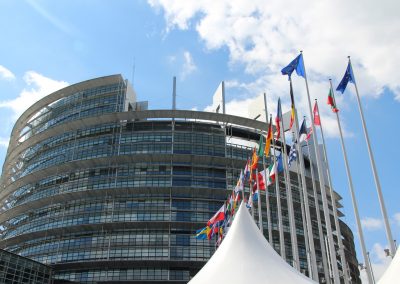 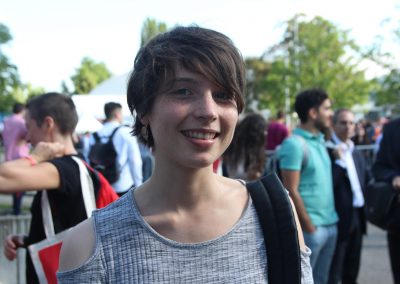