Just a short notice at the beginning of this report. This is a report from the beginning of my EVS I forgot to share it on here, so it is fairly late, but it still might be interesting to read.

Going to the on-arrival training I have had different expectations, such as meeting new people (from different countries), speak English, learn more about EVS and find out about other experiences made during the individual projects which might help me for own problems or experiences.
We were 13 EVS volunteers taking part in this training course, accommodated in Hatters Hostel (Liverpool) during the 3 days of training. The rooms were fairly simple, and the bed was too small for my size but I would not complain about it as it was only for 3 days. We have got breakfast in the Hostel and 40 Pounds for self-supply. Before the start of the training we had first little chats to get in touch with each other and it turned out, that apart from us two Momentum North West volunteers all others were hosted by the Red Cruz. In addition, most of them were German people, so my question was, am I going to meet new people in this training? In fact, we were 13 people overall, among these 7 Germans, 2 Belgium, 1 Estonian, 1 Portugal, 1 France, 1 Turkey. Therefore, the first impressions were slightly negative considered to my expectations. I will not say I do not like meeting German people but actually I am here to get in touch with other cultures and people having different situations etc. to discuss about. 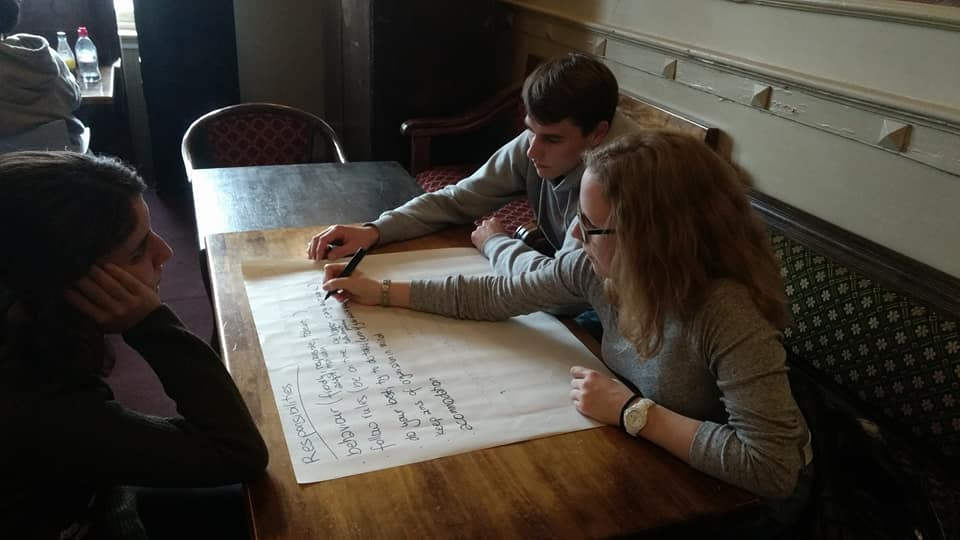 However, at the beginning of the training we had to say our name and to talk about our origin (favourite places etc) and about our current residential place as well. By doing this in little games the atmosphere became more casual. In little groups of 3-4 people we collected information of the EVS program in general and later on we discussed about key facts in the whole group with the trainer adding unmentioned bits. We used the same method to work on the subject: Responsibilities of a volunteer during the year. After finishing the first training day and eating in the city, no one wanted to join our little group of three lads to go out for a drink. Nevertheless, we went out into a pub in the centre of Liverpool, meanwhile the other participants relaxed in the apartment of the Liverpool volunteers.

On the next morning, we started with a little energiser to wake up and worked in little groupson different subjects related to our year as a volunteer. For instance, we discussed about culture in general and in the UK, to find a definition for those words. Moreover, there were themes such as, concrete examples of integration in the local community, responsibilities of volunteers and how to solve arising problems during the year (which opportunities/support have we got). But we spend the main part of the second day with preparing a presentation either of England, Scotland, Northern Ireland or Wales. Therefore, we were supposed to walk through Liverpool and ask people about the different countries, besides we could have a look at Liverpool’s different places of interest. After presenting the countries in form of quizzes or shows we finished the day with eating traditional food from all around the UK, provided by the trainer. The second evening we visit the fairly decent apartment of the Liverpool volunteers first in order to explore the night life of Liverpool on a Wednesday afterwards. Though we went into the well-known Cavern Club and some different kinds of pubs. Anyway, a Wednesday is not a Saturday in terms of people going out for a drink, so we were a bit lonely out there. 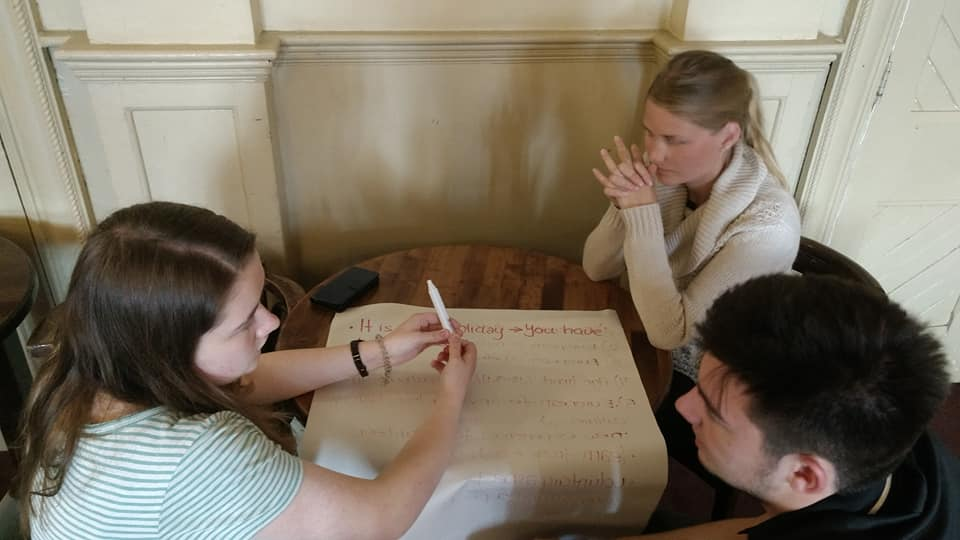 On the last day the main topic was living cheaply in the UK, which is rather important as a volunteer. To use the money as efficient as possible we recommended each other different shops where to buy stuff cheaply and learned a bunch of tips and tricks our self’s. With the experience of working in the section of volunteering for many years the trainer could share here suggestions to all of us either in travelling around the UK or booking accommodation for journeys. Apart from this we got in touch with the Youthpass and brainstormed first key words of our experiences/goals.

Referring to my expectations at the beginning, on the one hand I would have liked if the participants were chosen more diversely in terms of organisations and origins but on the other hand I definitely found new contacts (we invited each other and shared numbers etc.), learned more about EVS in general and I have heard other opinions on different subjects. All this information was provided by the trainer in a structured, committed and at once casual way. To talk about personal problems or something else the trainer offered us the chance to talk to her privately in little gaps or after each day.
In my opinion it was sometimes slightly similar to school and some information were already well known in the whole group (general information about EVS or responsibilities) but overall the training was really interesting and successful. 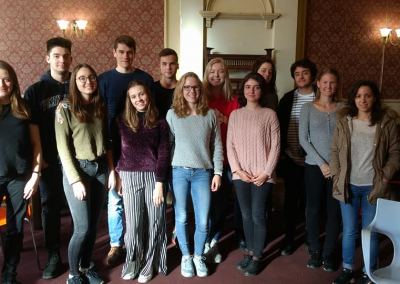 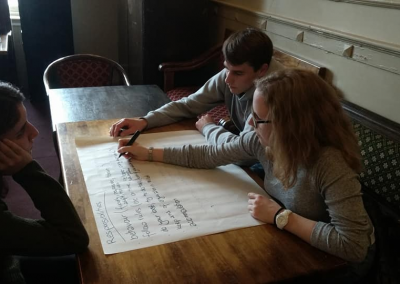 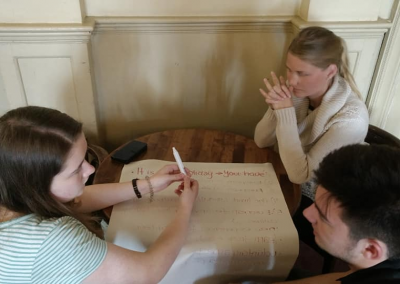