Volunteering in Hungary through the European Solidarity Corps has been a real privilege. Helping those who come from different and sometimes disadvantaged backgrounds, is so fulfilling and ultimately reminds us that despite our differences, our humanity brings us together.

Here are some posts and photos that Pátkai Tanoda’s staff (the after-school youth and learning centre) took of me, whilst I was volunteering. Below is a link of a video from Facebook, of me showing Hungarian children ‘Head, Shoulders, Knees and Toes’ because I was tasked with teaching them basic English. I enjoyed it so much – the kids are great.

For 3 months, I have volunteered at a youth/community centre which is connected to a school in a village called Patka, near a lovely old city, called Székesfehérvár, where I lived with a Turkish volunteer. It’s an hour from Budapest so it’s close.

I have been here to help disadvantaged children and teenagers, including Roma teenagers. I either taught them English or generally supported them, so that they knew someone was there for them (and having someone with them from a different culture/country makes the world seem that little bit smaller).This is the old chapel which is now used as the youth centre, in Patka, Hungary. 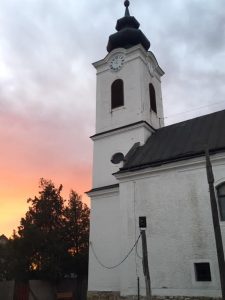 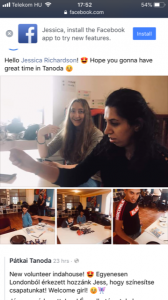 On the day I arrived, I handed out English chocolate and Scottish bread. 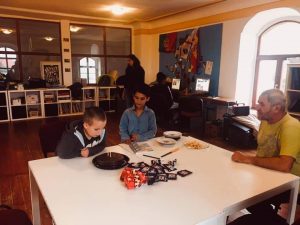 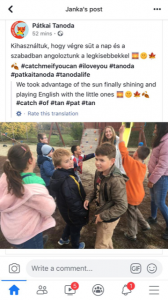 The Turkish volunteer and I, teaching the children from the local school about English Christmas word and traditions. 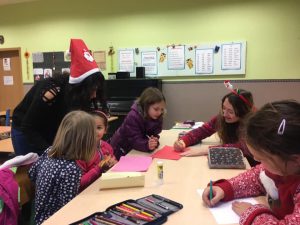 Thank you so much for making this opportunity possible.