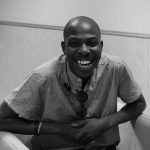 The trip began on London on the 31st of May with a group of 11 of us, it was a journey consisting of landing in Germany, a bus journey before taking two trains to arrive in Strasbourg. We finally arrived at our Hotel in Strasbourg around 8pm, after what at been a long day beginning at 10am and earlier for some we were tired and hungry. We searched Google for nearby spots and found a Kebab shop opposite the hotel, the language barrier proved difficult at first since none of us spoke French, due to it being late in the day all that was left on the menu was two options, a Chicken or Salad Kebab. After we put our orders we sat in the restaurant to enjoy our food and discuss the plans for the EYE Conference the following day. Our session was on The future of Erasmus+ after Brexit and were only at the two day conference for one day. When we finished I called it night, whilst some of the group were deliberating whether or not to go out.

The morning of the EYE conference started abruptly, I woke up to the calls of my fellow group members asking where I was, I had embarrassingly overslept and missed most of our morning briefing. I rushed to get ready and met everyone downstairs as they were finishing the meeting and about to set off, the conference was scheduled to begin at 10am, our session was at 11.30 am and we had to register before hand. They were anticipating 8000 young people so we wanted to leave enough time to register before hand and set up our room for our workshop. We arrived at the European Parliament and the atmosphere was amazing, there was young people everywhere, the queue to register and enter the Parliament never seemed to end. Although we had left two hours to register and get to our room in the Parliament, it still wasn’t enough time, our session kicked off late.
The session consisted of some of our group sharing there thoughts on Erasmus + before playing a game that allowed us to determine which countries were in the room before each of us facilitated a discussion in small groups on what the participants thoughts were on what
will happen to Erasmus + post Brexit. It was a useful and insightful session that created dialogue around ways we in the UK could prepare for the uncertainty of how the Erasmus + program would continue past 2020, many who were there enjoyed our workshop for being practical in the way we facilitated it. After the workshop we were free to attend the different workshops that were happening throughout the day. I decided to sit in on a workshop facilitated by Seyi Akiwowo whom I had come across on social media some years back through mutual friends on online abuse.  It was an interesting discussion on measures that should be put in place by individuals and social media companies to avoid insensitive post or trolling.
After the workshop I decided to walk around and soon bumped into a friend from the UK. We briefly caught up before I attended a pitching contest for entrepreneurs, there were 7 entrepreneurs pitching in total for 3 places, the winners would receive an all expense trip to the SME Assembly 2018 in Austria, along with support and mentorship from some of the judges. The winner was a guy who created a body suit that had sensors to monitor back pain and feed live data to an app on your phone to identify the problem and offer advice on what to do. Really enjoyed the contest and left with some useful contacts. I then reconnected with the group before getting something to eat and call it a day, I decided to head back to the Hotel but got off at the wrong stop on the way back. After struggling to communicate with strangers I showed them the location of the Hotel and they pointed me in the right direction. I finally arrived at the Hotel and went straight to Bed. The following day we started our journey back to London early and was back by the afternoon. It was an amazing experience and so glad I was part of the delegates that went.
by Samuel